Mongolia is truly one of the world's last undiscovered travel destinations and the safest country to visit. It is a land where you can experience wide-open spaces, cobalt blue skies, forests, deserts, crystal clear rivers and lakes, and the traditional hospitality of the nomads. Permanent dwellings are few and far between, fences even fewer and the land is owned by the people, like one large National Park. As a tremendous destination to experience the outdoors, Mongolia also boasts of unique history dating back to the Mongol Empire of Genghis Khan. Simply put, it is a land of adventure, horses, nomads, and blue sky.

A large number of ethnicities have inhabited Mongolia since prehistoric times.

Most of these people were nomads who, from time to time, formed confederations

that rose to prominence. The first of these, the Xiongnu, were brought together to form

a confederation by Modun Shanyu in 209 BC.

the largest empire in history. The Mongol Empire’s territory extended from

present-day Poland in the west to the Korean peninsula in the east, from Siberia in the

north to the Arab peninsula and Vietnam in the south, covering approximately

ascended the throne of one of the four kingdoms that encompassed present-day Mongolia and China. In 1271, Kublai Khan formally established the Yuan Dynasty. The Yuan Dynasty was the first foreign dynasty to rule all of China until it was overthrown by the Chinese Ming Dynasty in 1368.

The Mongol court returned to its native land, however, centuries of internal conflict, expansion and contraction brought them fall into Manchu Qing dynasty. They conquered Inner Mongolia in 1636. Outer Mongolia was submitted in 1691. For the next two hundred years Mongolia was ruled by the Qing Dynasty until 1911. Mongolia declared its independence in 1911 under the Bogd Khan, the spiritual leader of Mongolia’s Tibetan Buddhism. However, the Chinese government still considered “Outer Mongolia” as part of it and invaded the country in 1919.

In 1921, People’s Revolution won in Mongolia with the help of the Russian Red Army and thus Mongolia became the second socialist country in the world. After Bogd Khan’s death in 1924, the Mongolian People’s Republic was proclaimed and the first Constitution was adopted.

Mongolia was under a Soviet-dominated Communist regime for almost 70 years, from 1921 to 1990. In the fall of 1989 and the spring of 1990, new currents of political thought began to emerge in Mongolia, inspired by the glasnost and perestroika in the Soviet Union and the collapse of the Communist regimes in Eastern Europe. In March 1990, a democratic revolution that started with hunger strikes to overthrow the Government led to the peaceful renouncement of communism. Mongolia’s renouncement of communism led to a multi-party system, a new constitution and a transition to a market economy.

Over the past two decades, Mongolia has transformed itself from a socialist country with a planned economy into a vibrant multi-party democracy with one of the world’s fastest growing economies.

Mongolia is the world’s second largest landlocked country and occupies a territory of 1.56 million square kilometers. Mongolia is located in Northern Asia, bordered by Russia in the north and China in the south, east and west. Mongolia is the world’s least densely populated country, with a population of more than 2.9 million people living in a vast area of 1.56 million square kilometers. Ulaanbaatar is Mongolia’s capital and largest city and home to approximately 45% of the country’s population.

Ethnic Mongols comprise approximately 94.9% of the population, Kazakh 5% and Turkic, Chinese and Russians make up the remaining population.

Buddhism is the major religion in Mongolia with a small number of Muslims, Christians, and Shamans reside in Mongolia.

The official language is Mongolian and is spoken by 90% of the population. English is quickly replacing Russian as the most popular language following Mongolian. Many Mongolians also speak Korean, Japanese, Chinese, German and other western European languages.

The following border crossing points with China are open for tourists:

The following border crossing points with Russia are open for tourists:

The following vaccinations are recommended by the Dutch Health Organization GGD:

Meningitis if your stay in Mongolia is six months or longer 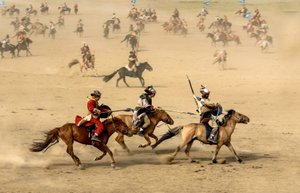 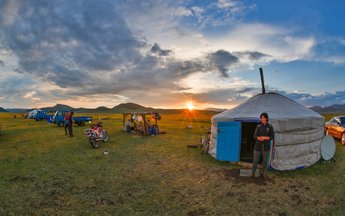 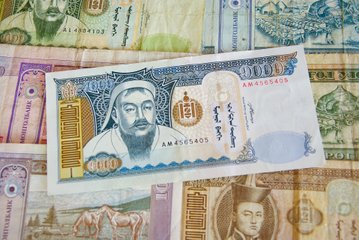 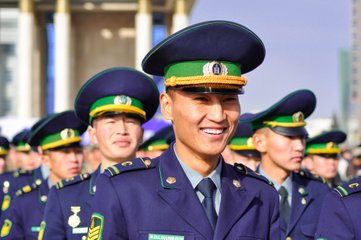